Dogs and Diamonds formed in the summer of 2016 when fate brought these women together. All of these women have been a part of countless other musical ventures and played many a stage, but together they discovered a dangerously addictive punk rock chemistry.

The ladies started jamming in the suburbs of Dripping Springs, where by no surprise, their rebellious energy began to cause some trouble in the neighborhood. Their impassioned, driving style is not for the faint of heart. It’s evident that their raucous sound was sparked in the midst of one of the most tumultuous political climates in recent history.

These ladies don’t hold back on their instruments or their vocal chords, and they’re not afraid to boldly express themselves. They’ll burst your eardrums and have you humming their songs a week later. 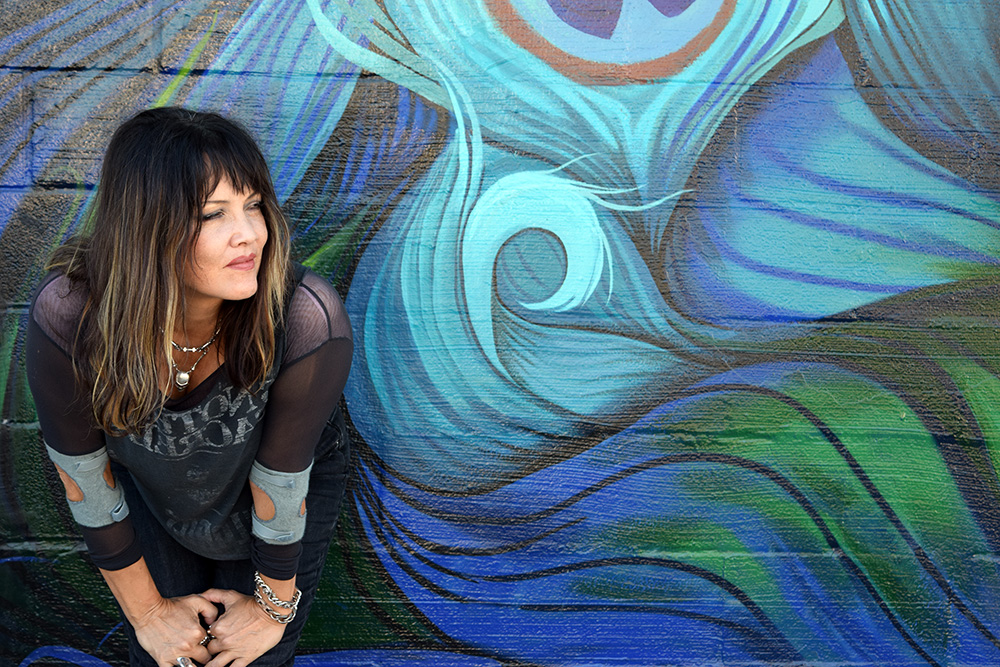 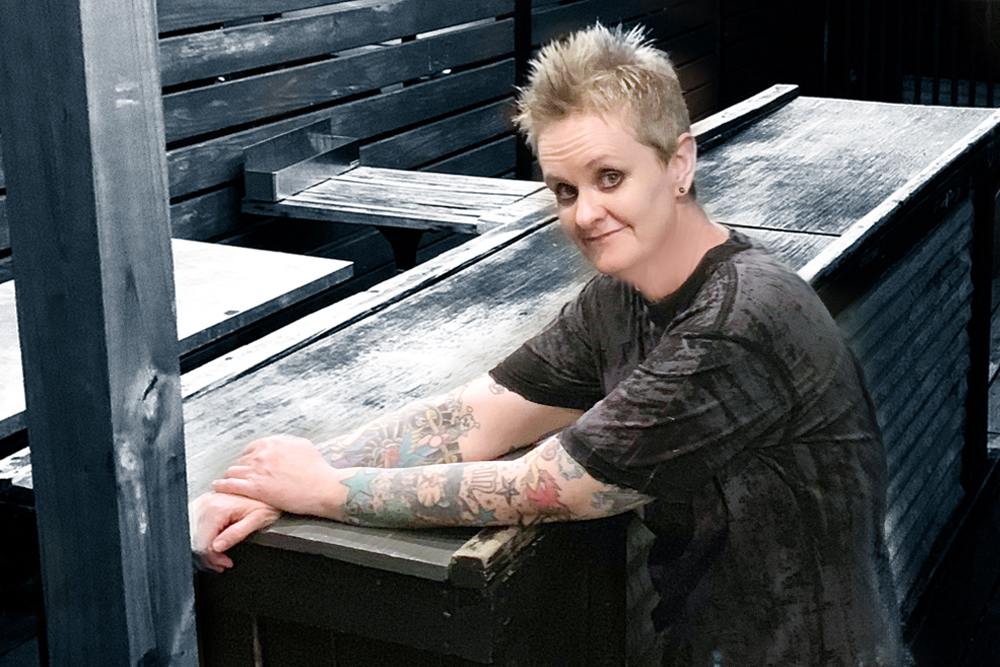 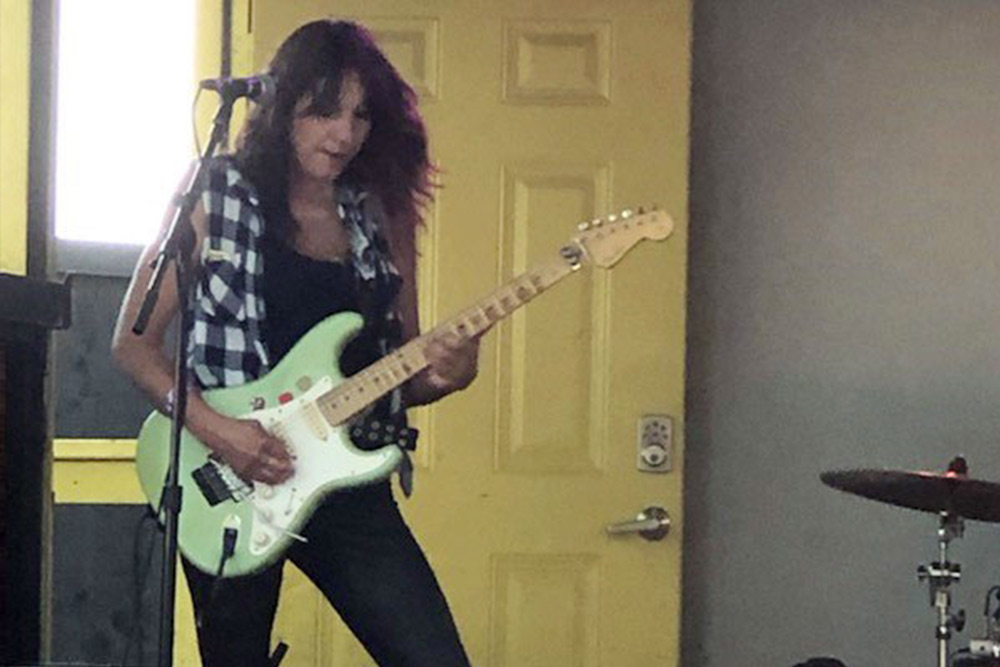 At age 13 she was seeing bands like The Cramps, The Dickies, X, Stiv Bators, David Johansen  live at Whisky A Go Go in LA. She was later accepted to Music & Art in Harlem NY. Coming from a theatrical NYC born family she started off at 19 on off Broadway with director John Cassavetes who cast her in the play Thornhill about Eugene O’Neill playing opposite Ben Gazarra, Carol Kane and Patti LuPone .

She has penned songs for several films including a song in the Disney Film “Honey we shrunk ourselves”. Dominique played bass in the Keenan Ivory Wayans show house band. It gave her the chance to work with many top Artists. Her passion for songwriting is in full force today with long standing songwriting and band partner… the fiercely talented Kathy Valentine. Their band The BlueBonnets who have been called ‘glamorous blues rock’ but actually  break out of any genre with current heavy and thrashy cuts plus pop sensibility and explosive harmonies. They have toured with The Waterboys and opened up for Jimmie Vaughan, Smashing Pumpkins, Arc Angels and multiple Texas Favorites.The last project that The Bluebonnets were hired for was to record with Ray Wylie Hubbard on a Title Track from his “Co-Starring Too” Album called” Only a fool” The Video to be released soon. Dominique was hired to record bass with Willie Nelson singing a duet with Ray Wylie..and that was her latest highlight.

Sally Disaster is a native Texan, born and raised in San Antonio. As far back as she can remember she’s wanted to play the drums. Same with wanting to leave Texas for California.

She, along with the one other punk rock girl in town, put her first band together in high school, playing house parties and all-ages clubs around San Antonio. After graduating from UT Austin and a year saving money, in January 1995 she packed up and hit the highway to San Francisco.

She played in some great bands right away, but all that changed in 1998 when she met some rad female musicians and started the all-girl punk band, Fabulous Disaster. When they returned from doing a self-funded Euro tour, the band signed to Fat Wreck Chords of Fat Mike NoFX. With Fat, they toured the US, Europe, Japan and Canada with bands like NoFX, The Mad Caddies and The Dickies.

When Fabulous Disaster broke up in 2007, she put together TurbonegrA, an all-girl tribute to Turbonegro. After releasing a record and a Euro tour, she got bored and moved back to Austin.

She connected with Dominique while playing shows in Austin, and Dogs & Diamonds was born. The rest of the story is yet to come . . .

Finnia Griffiths is a Rock’n’rollen wife, mother, grandmother, self taught guitarist with more than
25 years experience from Austin TX. She enjoys volunteering as a guitar instructor , mentor for GirlsRockAtx.
summer camp.

Her passion for music is to be able to inspire and build the spirits of the next generation
of young female musicians. Be a croissant, Open to new ideas and experiences , Not a bagel , closed off
or afraid to try something new. Voila !